„We would like to thank you for your participation to “EcotechGreen Award 2018” and we welcome the opportunity to communicate to you that the panel decided the winner project of each category in 19th September in Padua.

At the end of the event, we are glad to inform you that your project was chosen as first prize in the category “Green Wall & Visual Identity,”, section B of the contest.

The project won the first prize because:
For the declination of all the elements of the technological green both as a green cover and as a plant backstage in the construction of a school complex, as an instrument of connection to the surrounding landscape.“ 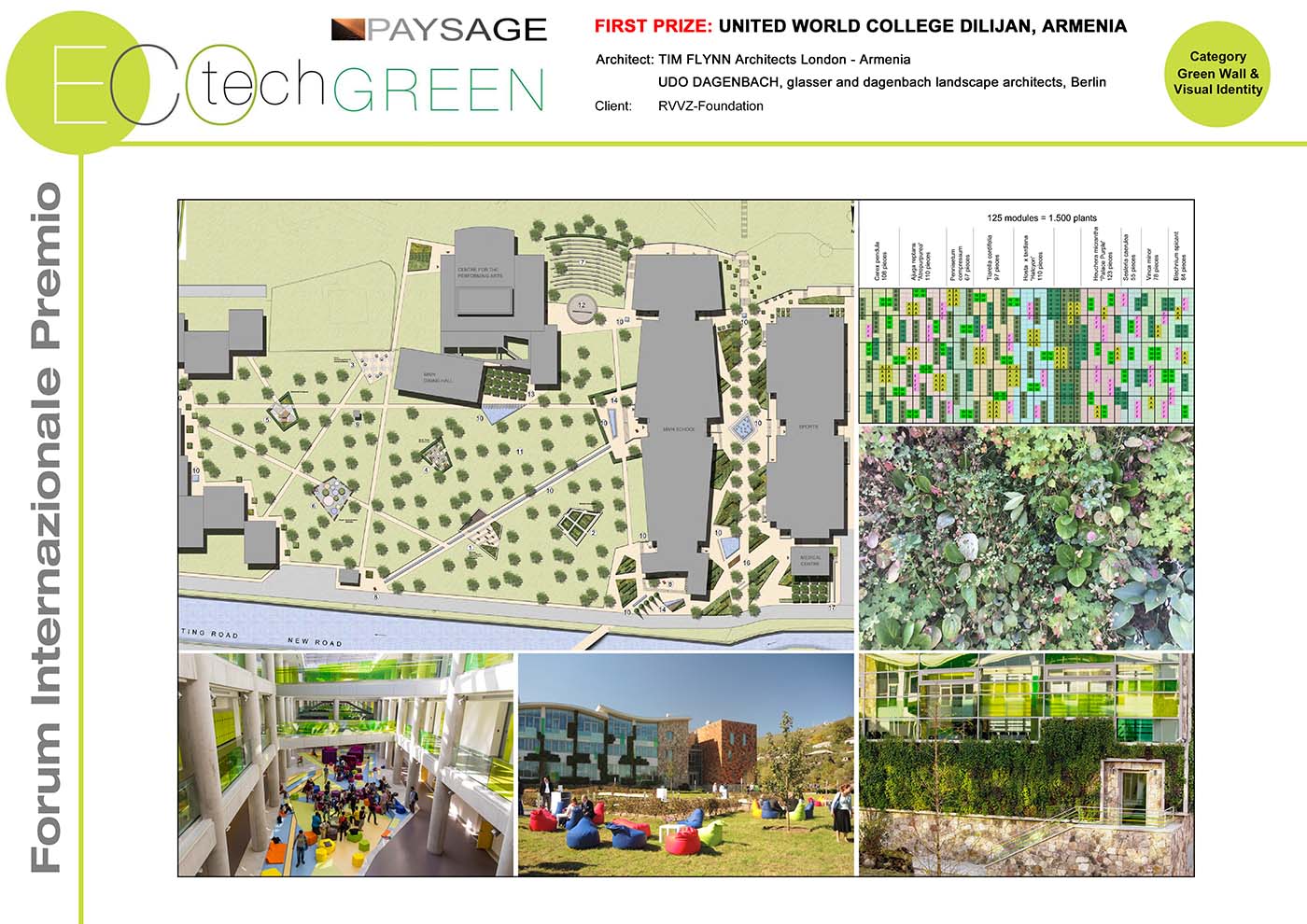 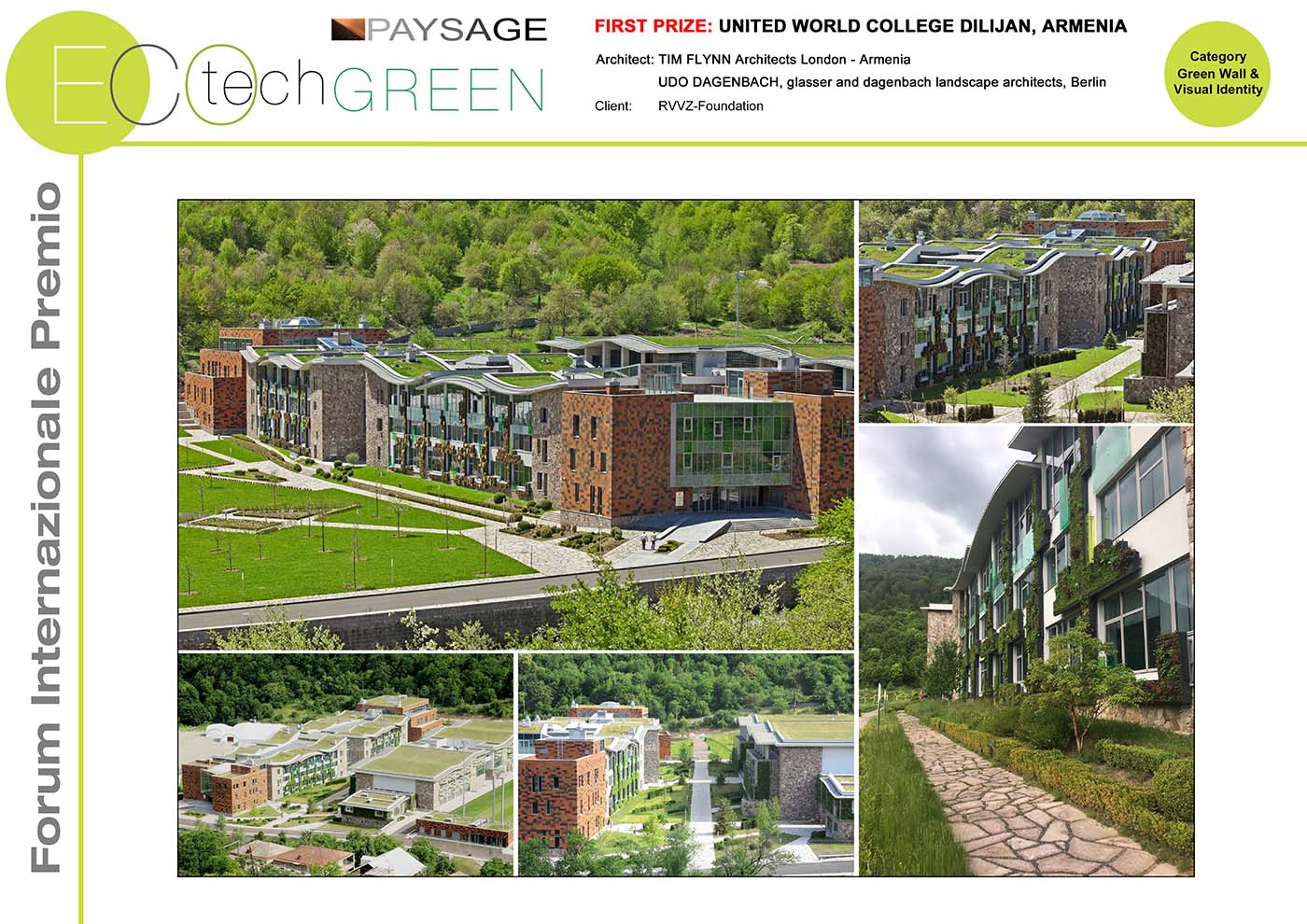 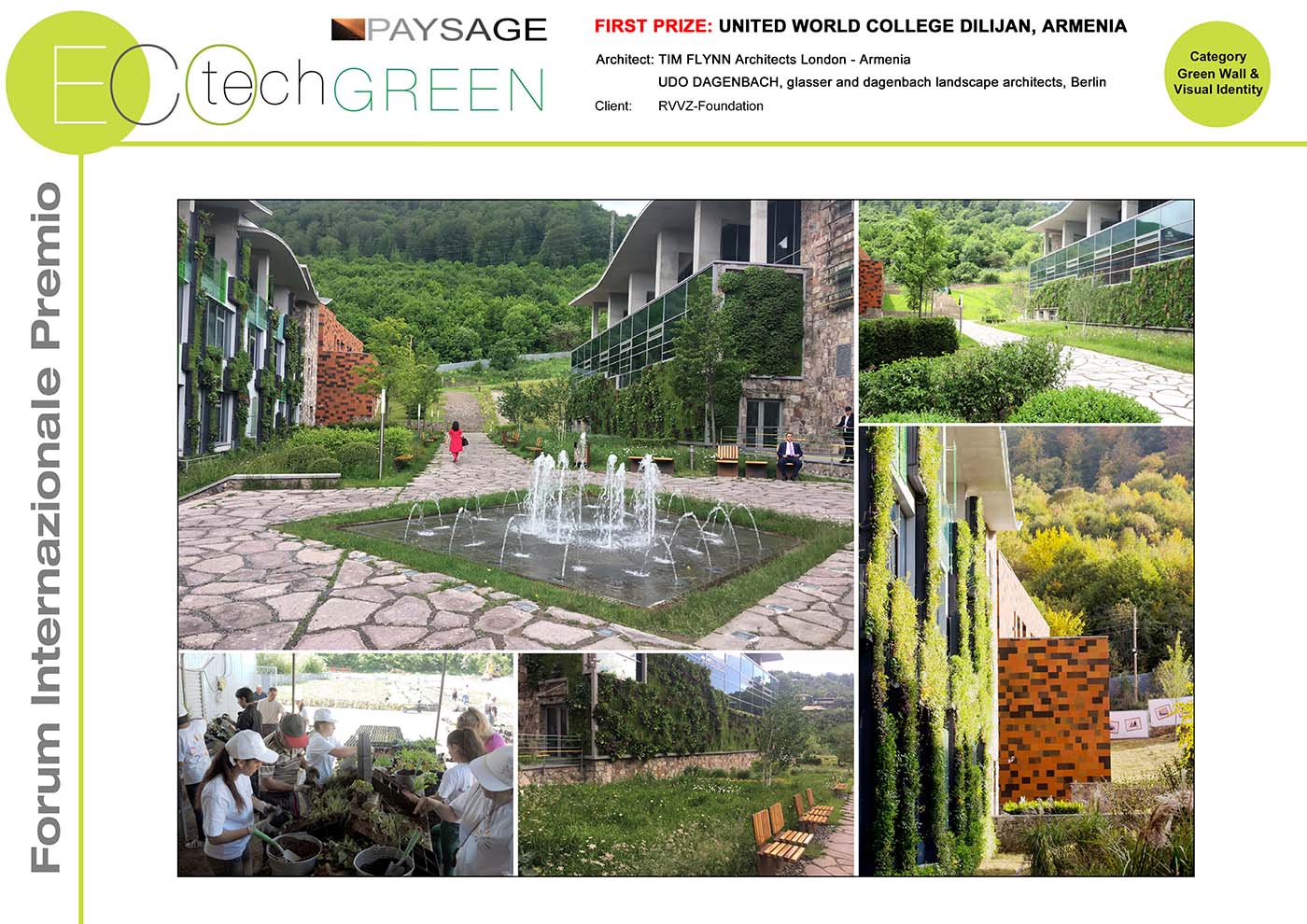 The story of the sustainable design doesn’t stop with the architecture. We can add the general concept of our spatial planning as a very green and natural based one, but also the way of how we want to build up the landscape is sustainable through and through.

The basic idea is to use as much local materials as possible beginning from the general soil procurement up to soft landscaping and skills for hard landscaping, like the living walls and the green roofs. Indigenous products and materials will evolve better in the local environment under the specific regional conditions.

The idea is to take soil from the old soviet charcoal production sites and use it for the living walls. The soil has equal qualities as Terra preta.

The design of the vertical gardens is inspired by the pixel array of the stone facade. It allows a maximized mixture of different plant species and in case of losses the competitive species will close those gaps. It’s based on the natural and ecological strategy of how plants adapt and in the case of living walls it is already experienced by the ANS Group. Approximately 100.000 plants will live and grow on the facades, about 20.000 pieces alone out of local productions or collected and sown material.

The concept of the walls is as sustainable as it can be: in order of providing a rich foundation of fertile soil we will take on greasy wool from actual local sheep. The sheep wool is similar to rock wool but in a more economic and completely ecological way as a by-product of neighbouring farmers. It will give stability and structure to the soil and the wool will bind the soil and plants more effectively than the more loose lava and zeolite.

On a long term basis the local nursery should form a team which will faster implement the soft landscaping and take over the cultivation. Also a long term goal is the development of a nursery which will be able to breed and produce endangered local species, especially perennials, grasses and bulbs. It is possible not only to use it for self-subsistence but also to transform the nursery into an economical branch which brings the biodiversity of the Armenian flora into the world, like an ambassador of the great Armenian flora.

Furthermore it should be an ongoing educational instrument for schools and local pupils in attempt to present the richness of local flora as a big national and international value to the world and increase the childrens’ appreciation for their own environment. 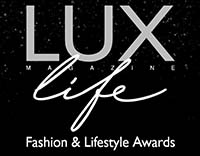 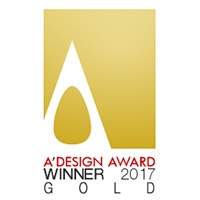 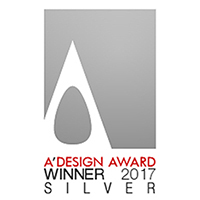